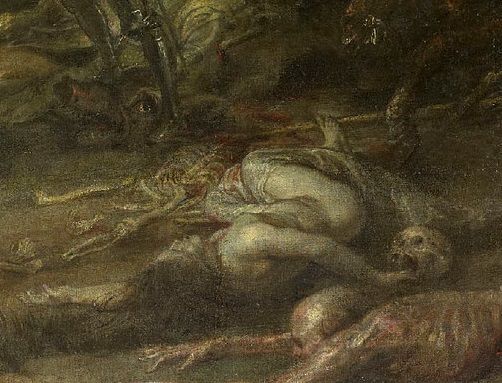 In an addendum to his upcoming novel Dragon Day, Matt Pegas wrote,

The summer I began writing Dragon Day in earnest—the summer of 2016— was a summer during which it felt like I woke up to new notification of horror or calamity on my phone every morning.

As the paragraph goes on, Pegas emphasizes the horrors: terrorist attacks, murders, political turmoil. Understated here is the presence of non-stop notifications, taking a prominent role even as the start of each day.

The preceding century was full of its own horrors, and Pegas notes the complex history of Telluride House in Cornell University, which he then fictionalizes as Yellow House in Dragon Day. In the addendum, Pegas lists out many notable alumni of this particular house, which was once a hub of neoconservative thought and later became a prominent source of leftist activism. Most striking is his reference to it being "once described in The Nation as 'a designated breeding ground for conservative intellectuals in their larval state.'" That "larval state" becomes a core concern of Dragon Day.

As depicted in the novel, there are many ways to guide the potent political energy of the youth. A prominent academic role allows one professor to shape theoretical frameworks somewhat, but that route is limited; true control comes through the use of social pressure to break a person's spirits and build them back up again. This hazing process is then a basis for what is to be done society-wide: destruction as a necessary precursor to creation.

The central professor character, Wallingford, is pushing a theory that you can algorithmically determing the size of any male author's phallus through close reading. This parallels the way the novel's incel protagonist Toby is, socially, anxious about being read; when we first meet him, he is scrolling through online images of penises, trying to see how much he fails to stack up. Toby wants to have a sexual climax; Wallingford argues that "all activism needs to create some kind of 'point of rupture' to leave its mark on society." While Toby finds himself socially excluded amid inclusion efforts on campus, online communities simulate an alternate form of inclusion and then work such troubled feelings into political anger.

Where once the ideological fate of the youth followed from the social leanings of an actual house on a college campus, Matt Pegas presents the energizing potential of the memetic Internet as launching an arms race to control political vitality. Both the virtual world to which one awakes and on-campus social hubs must stamp out any sense of beauty as fast as possible as they offer up their own visions.

The novel is reminiscent of Kunzru's Red Pill, but without the author downing the whole bottle of blue pills. Like the protagonist there, Toby wants to find philosophic truth in poetry, but his spirit is beaten down by the Internet of phalluses. As soon as we meet him, it seems to be too late, but this is only passingly a cyberspace adventure. As in the 20th century, Pegas sees true power as in controlling the social network of Yellow House (among a few other prominent university houses).

The novel is the book-shaped record of a graduate student in the house, but you might also imagine the the multidues waking up to digital notifications of the story. In that light, what we read in Dragon Day is just another piece of the ongoing radicalization dynamics described. As Pegas writes in the addendum,

In 2016, I was certain that the year was my generation’s 1969 and that I’d look back on it throughout my life as a singularly chaotic year. With the hindsight of 2020— no pun intended— I no longer believe this to be the case at all, and instead think that what happened in 2016 was not singular, but just the first ushering in of “a new normal”, to use the cursed term.

What is needed is for notifications to interject beauty rather than endless horrors, but this requires beauty to be found – and literature can help (re)orient us in this direction.

Tao Lin Emails His Parents and Cares for a Dog

Notes Toward the Sea