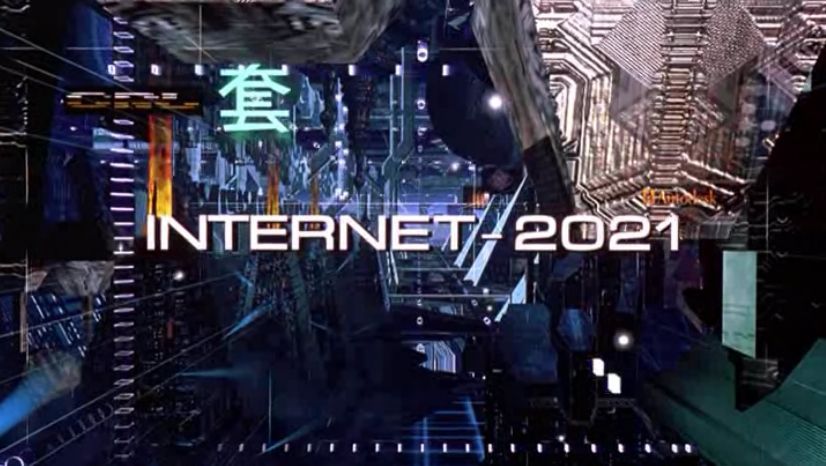 In looking at contemporary literature, there is the writing which is there, and the future of writing which will inherit that work.

Each instance of such forms one entry in a vast web of literature.

This will change soon, but at this present moment, my four videos are all on "literature yet to come." What does that mean? Aren't these books out? My first video is on Bleeding Edge. That came out seven years ago.

NOTE: The intention of posts in this "Literary Web" series is to draw connective threads across material already covered in videos. Some information is repeated for the sake of coherence, but you are encouraged to view the videos for a more in-depth view of each given topic. These posts will also, however, function as a broader overview without watching.

We Write What We Can Imagine

Imaginative writing does not just draw on the past; it faces the future. We can see by glimpses occasional images of what will come next. Just as these recent novels have clear inheritances, so too will future literature, and those predecessors will be these, among others.

By the swiftness of its actions, the imagination separates us from the past as well as from reality; it faces the future. ... If we cannot imagine, we cannot foresee.

- Gaston Bachelard, The Poetics of Space

As I discuss in "Nerds Staring at Screens: The Genres of Bleeding Edge," describing the experience of computer use is a narrative challenge. Very little action is happening, even if a lot is happening virtually, imaginatively, socially, etc. In the video's intro and outro, you see me sitting there, typing away. What is happening? This may be one of the most defining moments of my life, but it can be tricky to describe what exactly is happening.

Something being "tricky" should be no match for a writer like Pynchon. In this book (from 2013), he's even drawing on some of his own model from 1965 – but also that which has come between those moments.

In The Crying of Lot 49, Oedipa Maas falls down a paranoia rabbit hole trying to piece together a seeming conspiracy around an alternative mail service and its secret society running parallel to our own. Though the novel looks at an older form of communication (mail), Pynchon is also thinking about the emergence of computer technology, and Oedipa thinks of the city itself as like a computer chip.

The cyberpunks as a group are steeped in the lore and tradition of the SF field. Their precursors are legion ... With a special admiration for a writer whose integration of technology and literature stands unsurpassed: Thomas Pynchon.

Bruce Sterling gives this great credit to Pynchon in his preface to Mirrorshades, the early cyberpunk anthology. It's no surprise, then, that foundational cyberpunk author William Gibson would borrow from the model of The Crying of Lot 49 to write his 2003 Pattern Recognition, in which that earlier form of paranoia sees a return in the post-9/11 online world.

When Pynchon then tries to grapple with the online world in Bleeding Edge, he too looks at the prominent conspiratorial vein of the Internet with a story structured directly around the events of 9/11. Pynchon is working with this interweaving literary tradition, but the strides he makes in overcoming the challenges of describing digital experience will become the foundation of many novels to come.

As these writers grapple with both their subjects and each other, they need to succeed in writing compellingly about contemporary life. Gibson draws on Pynchon and other detective-style writing to write what is on the surface a clearly deeply science-fictional story, while Pynchon takes on this setting but writes a story about family and walking one's kids to school.

Pynchon still has his character Maxine Tarnow traverse through a virtual reality dreamscape on a couple occasions, but where Gibson has his characters immersed in the machines, Pynchon's world is our own, where it still seems dulling to have a character staring at a screen for hours.

We Can Gesture Toward the Depth of Experience

The lack of physical action is one challenge in describing digital experience. Much may be happening, but how to describe that? It is a separate challenge to be truly aware of one's own experience, and further to find the language to properly describe that experience. Through poetic language, however, we can gesture towards the world.

What allows a writer like William Gibson to excel is an understanding of the depth of experience. His writing does not clearly, accurately depict our world, and yet it resonates. He likes to emphasize that as much as his writing appears to depict the future, it is not prophetic. He is using this style as a means to show things about the present.

Regardless of other qualities, we can look at more recent novels and examine the extent to which they attempt to grapple with the depth of experience we feel in relation to digital technology.

One of the key passages I discuss from Anyone is a trip to a dive bar, toward which one character expresses disbelief such an establishment still exists. He questions whether the place is really really or just a theme park.

A real-deal, honest-to-god dive bar.  Ugly, weathered wood facade, neon in the windows advertising beers he wasn’t sure they still made, letters above the banged-up steel door reading CONRAD’S. All set at the base of a six-floor brick building, a rotten tooth in the gleaming grill that was the rest of the block ... On his first breath, he knew there was nothing fake about this bar. A pungent, mushroomy odor of ancient beer, and under that just the faintest aroma of puke and urine. People had been drinking in this space for a very long time.

The subject of Anyone is a new technology which allows body-hopping, so that anyone can become anyone else. This, of course, closely parallels the way we live right now, virtually. In the video, I compare Soule's attempt to Altered Carbon and, more extensively, Robert Venditti and Brett Weldele's graphic novel The Surrogates. The latter I believe excels in getting into our depth of experience, which I discuss in the video and more precisely in Cyberpunk and Visual Culture. (I make no money from sales of this, but include it here for further reference.)

You don't have to actively show people constantly on computers and other high-tech devices to seriously engage with the depth of experience, however.

In Infinite Detail and the related set of stories collected recently as Ghost Hardware, Tim Maughan imagines two settings: a very near-future smart city, and a further future where the Internet has been wiped out globally. The former setting very clearly and strongly engages with present experience, while the latter goes further in gesturing towards it.

In physical gesture and in language, we are capable of gesturing towards the world. Maughan does this by imagining a world where the Internet is not present to be used, but the force of characters' awareness of it reveals the parts of our use of it which are core to our experience. We see a first post-Internet generation grow up hearing about this technology, but never seeing it first-hand. Through their eyes, we are able to see anew what it is exactly this technology does for us.

All of this is writing which exists right now, and thematically this writing heavily concerns the present. What I propose, however, is a method of reading across this wider history. We must explore how literature thus far either avoided the challenges of depicting digital experience, or embraced that challenge. And in embracing that challenge, where do different works succeed or fall short in capturing the depth of experience?

This method cannot reveal the whole of literature which is yet to come. We will, I am sure, be wonderfully surprised – and I look foward to actively exploring new releases with you all – but we can glimpse the Ghost of Literature Yet to Come. The literary traditions of the digital age are vast and complicated, and well underway.

I welcome you to join me in following this ever-arriving future.

To learn more about new fiction, literary trends, writing in the digital age, gesture, imagination, and more, subscribe to my free monthly newsletter. I bring together the latest and greatest of my own writing, new literature, literary history, and a curated selection of other sources around the web. Sign up now and I will also be sending out an invite to a free mini-course delivered via email soon: