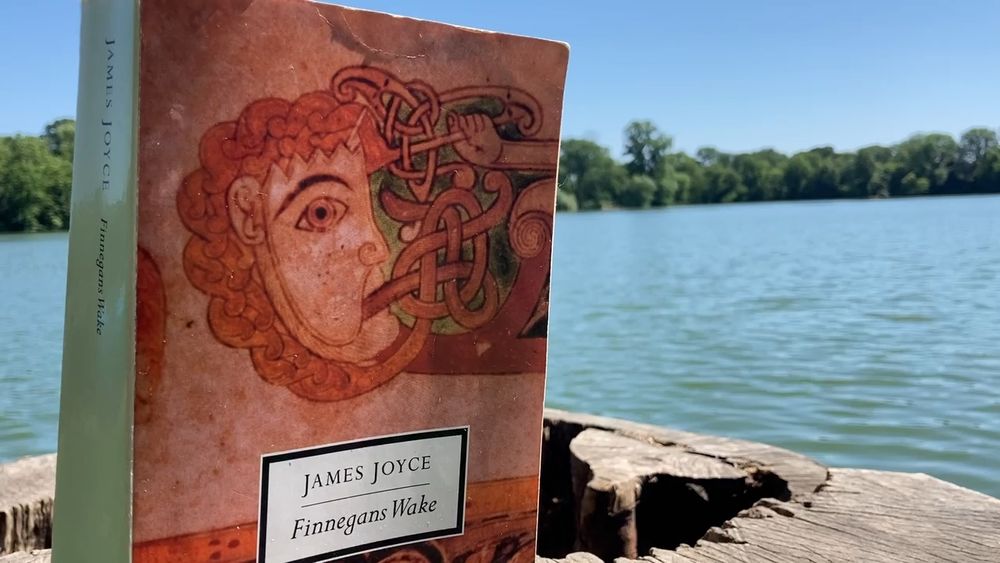 On June 16, 2021, 18 people – including myself – read James Joyce's novel Finnegans Wake, starting from the first page through to the last, in Prospect Park, Brooklyn.

Chapters overlapped in time, spread out through a figure-eight pattern looping from the carousel, down around the "Nethermead" and peninsula, and back up to the carousel, which was site of the text's continuous beginning/ending.

The peninsula is a personal favorite spot, and the novel starts with "Sir Tristram" (re)arriving "to wielderfight his penisolate war." The central field was also appropriately named: "Nethermead," fitting both to work's status as a book of falling / death and rising, and to Joyce's interest in "nether" parts throughout.

The walk is also gorgeous: moving through or past a tunnel, hills, a wooden bridge, waterfalls, streams, open fields, fallen trees, dense patches of trees, stumps, a rustic shelter, the shore of a lake, a steep hill with a monument, a music pagoda, and more.

The event was the result of three weeks of organizing, mostly spreading the word through Twitter – and so the group spanned a wide range of familiarity and interests. It was a suitably broad group for a novel so all-encompassing.

Far from the novel's daunting reputation, everyone I got a chance to speak to after reading emphasized what a positive experience it was. The text, for one thing, is fun, humorous, sonorous, and radically optimistic. The structure of the reading as well, though, enhanced the encounter with the text. The reading was

This was a solo project, planned somewhat last minute. Three weeks before Bloomsday, as the city was rapidly opening up, I had been looking for news of fun, public Bloomsday celebrations. Eventually, after not finding any, I decided to run my own.

I started with a vague tweet feeling out interest, but it quickly got enough interest – and, in particular, enthusiastic interest – that I went all in on pursuing this fairly ambitious plan. I added in the basic premise in a follow-up tweet a couple hours later, then worked on living up to that promise.

The whole event ran from 3:00 PM to 7:30 PM, spread out across a two-mile loop. Most of the experience was ephemeral, but I put together a brief montage to capture some sense of this Bloomsday 2021 celebration.

This event could not have happened without the generous readers who signed up. I want to end for now with huge thanks to: Elaine Yao, Marjorie Cantine, @strangestloop, Scott Litts, Tom Kitson, TJ Darcy, Jake aka snav aka @qorprate, Nicholas Dolinger, The Personality Girl, J. Lord Goward, Cinjon, and everyone else who read. 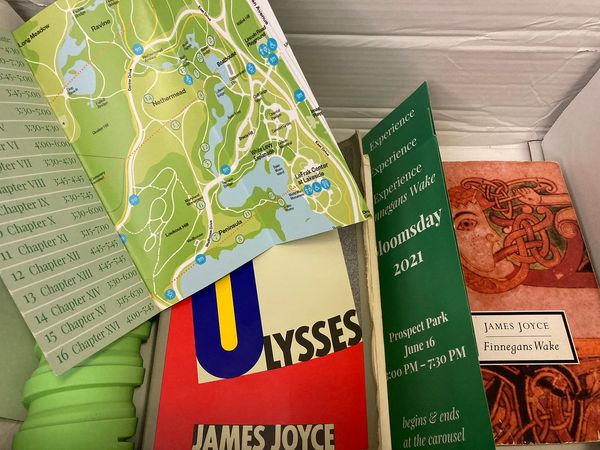 Bring Your Own Bloomsday