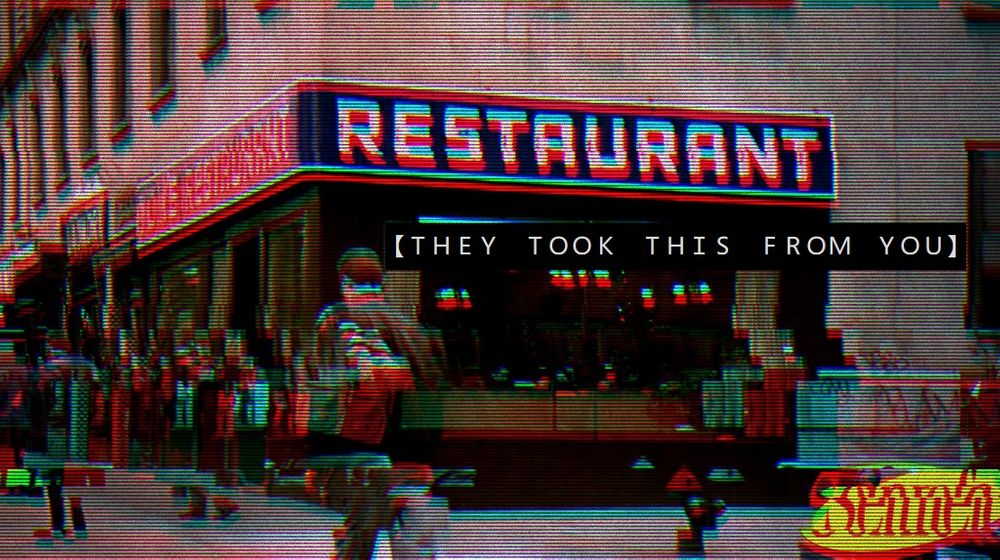 If you have not yet seen it, here is the full syllabus for "Literature and Hyperconnectivity":

As I note in the syllabus, hyperconnectivity describes the constant flowing of communication person-to-person, person-to-machine, and machine-to-machine. Further, these connections occur instantaneously and through mobile devices. Because literature lacks clear foundations for most of this, there is a massive potential for exciting new work.

Over the next ten weeks, we will be exploring some of the work done over the course of the 2010s, but the decade was much more prominently defined by the absence of works even attempting to engage this context. I first discovered this in the Spring of 2014 when I quickly realized that it was far from a given that I could pick up almost any contemporary novel set in the present day and find characters living lives like I had: a computer, a recently-acquired smartphone (as a relatively late adopter even), and the multiple networks of online friends to which those connected me. Even just capturing that sort of remote communication, however, does not capture all the information being constantly transmitted, or the experience of the virtual, or the ways in which this was all restructuring society. My realization was closely preceded by two essays I will be discussing today:

The latter is a review of Thomas Pynchon's novel Bleeding Edge, which will conclude our course, and which was joined that same year by Dave Eggers' The Circle and Tao Lin's Taipei, both of which will be covered in intervening weeks. Litt claims in his essay,

Looking back on this a year later, he might have felt like he had spoken too soon, especially considering some other relevant novels released in 2013 as well, such as Ruth Ozeki's A Tale for the Time Being. In the grand scheme of the 2010s, however, we can now look back and see that, in fact, many contemporary novels do continue to avoid this truly contemporary. Fast forward five years, and a New Yorker article is praising Sally Rooney's exploration of "e-mail voice" in her fiction. Electronic mail was by 2018 over half a century old, though some of Rooney's stylistic touches with dialogue are more recent.

I do not mean this as any sort of scathing critique of Rooney, as to do so would mean an immeasurable level of critique for the many more works which do not do even that. Earlier this year, Alexander Manshel published "The Lag: Technology and Fiction in the Twentieth Century" in PMLA, in which he cites J. M. Coetzee writing in a letter, "The telephone is about as far as I will go in a book, and then reluctantly." Coetzee is a skilled writer, and so we can see that even a skilled writer might seek to avoid the way in which the introduction of new technologies can challenge the sort of stories one has spent years admiring and wanting to tell.

Manshel's study uses distant reading to survey 20th century fiction, comparing the "presence" of different technologies (radio, television, computers, the Internet) in fiction and in the American household. It is an excellent study charting out and explaining a lag between mass adoption and appearance in writing. As he shows, computers and the Internet have occasionally appeared in writing going back to the mid-20th century. Most literary presence of these technologies, however, took place years after private ownership took off, with the inclusion of computers in literary fiction dropping off quickly and the inclusion of the Internet in literary fiction never taking off much at all.

As I will return to more in Week 10, 2013 is a prominent year because it is just far enough for the increasingly mobile world of the 2000s to be grappled with, and then for a novel to be planned, written, edited, and all the other steps which precede actual release. At the same time, there is much that the writers would not have fully understood. All of these 2013 novels, for instance, would have finished writing (much less planning) before the release of Edward Snowden's NSA documents in the middle of that year, which is now part of the unconscious foundation through which people understand the hyperconnected world.

We can, then, something like Manshel's "lag" on more granular levels, but what is so distinctly troubling about writing hyperconnectivity?

Litt gives as an example Homer's Odyssey. As he explains, "The basic plots of Western Literature depend on separation by distance," with the caveat that there is also no communication technology which can negate that distance. Odysseus is removed from Penelope, and also, as Litt notes, cannot text her. The central tension of the story is that Penelope is at home, and the more time passes, the more she is assumed to be a widow, and so the harder it becomes for her to stall her many suitors. Odysseus must, then, overcome a series of mighty trials to get home as soon as possible. Safer routes will not do, and so an exciting and inspiring story is established. If he could contact Penelope, it would deflate all of the tension, and what's more, "Watching someone at a computer is dull."

That last point will also be central to Bleeding Edge. Early on, when one character tells another that he is working on a documentary on a computer security firm, she questions, "But ... wait ... a movie about hashslingrz? Footage of what, nerds staring at screens?" This level of concern is an imaginative issue. How do you put into words experiences which are deeply virtual, in a way which remains compelling? When William Gibson coined the term "cyberspace" in his 1982 story "Burning Chrome," he imagined his hacker duo as "computer cowboys" going through a familiar heist narrative. Though they were sitting at a computer, watching stolen software connect it to another computer, this established framework gave Gibson a language to make the scene mobile and exciting. Now a multiplicity of mobile, sometimes nearly invisible technologies has brought us into a more hybrid existence, but this world is still avoided in most fiction. I would emphasize two main points here:

Cohen makes a similar point as #2:

If one of the barest necessities of fiction is keeping two characters apart for enough time for a misunderstanding to ensue — a misunderstanding that can be resolved only by the protagonists individually moving toward each other, and toward the book’s conclusion — cell phones have become the chief antagonists of fiction. Today, we’re rarely denied the opportunity of contact, and all contacts — phone numbers and email addresses — can be digitally exhumed. Pynchon, by setting his novel on the cusp of the attacks, makes desperate comedy out of this last chance at inaccessibility, this final dark and silent millennial moment. He does so by exaggerating all the improbabilities and coincidence tricks of a previous information revolution — that of the Victorian novel, whose outlandishness was later called realism.

In the Victorian novel, chance is a mechanism of resolution: two characters, separated for a bit, “suddenly” meet in a street, or at the theater.

What Cohen traces back to the Victorian novel has stuck with us for a long time. You can imagine, for instance, a typical episode of the 1990s sitcom Seinfeld as following the same structure: two characters both separately interact with a third-party and develop a misunderstanding which is comically revealed through a later chance encounter. This structure does not work if all the characters are in constant, remote communication; if their social networks are visible online; if they are microblogging their lives to each other; if the strangers they meet are searchable, their secrets immediately laid bare by the trove of online knowledge collecting the output of countless personal and automated communications. Fittingly, then, in the finale (1998), Elaine gets a cell phone and uses this to try to contact her friend who is experiencing a tragic family situation. Jerry berates her: "The cell phone walk-and-talk is the lowest form of communication." In contrast to sitting down together in the home or at a diner to talk, the passive, mobile cell phone call is an act of impersonal disregard. It is taking extra, otherwise unproductive time and offering that in place of any time which is of true value to the caller. The emergence of the cell phone marks the death of Seinfeld.

Of course, today, we are beyond seeing the cell phone walk-and-talk as an offense. For many, in fact, this approach to communication is too aggressive. Just text! The quick and easy text message allows communication anytime, anywhere, and that information can just as easily be passing through to one person as millions. Cohen suggests that this transition was largely accelerated due to the September 11th terrorist attacks:

Nowadays, to lose touch is to die; if you’re ever buried by rubble, the first thing you do is call and pray that the signal’s strong enough to let your last words live at least on voicemail. Before 9/11, the online world was engaged with at home, in a chair, at a desk.

Because this level of communication was starting to become widely possible, its value was suddenly realized amid the chaos of 9/11. After that, our virtual presence was us. This was the legacy of 2001. For this course, we will be fast-forwarding nearly a decade to start to see such virtually present beings represented in fiction in the depth of their hyperconnected reality.

As I noted at the start, though, this also means that we can continue to expect to see writing at this sort of lag. The best is yet to come, and this course is designed to lay the foundation for thinking ahead to what that might look like.

This is the first of a 10-week course being distributed to my free e-mail list. You can read Week 2 here. To receive future updates, please sign up below (be sure to confirm in your email):