Below is a brief introduction to J. R. Carpenter's Etheric Ocean (2014).

Call me Ishmael.   Some years ago—never mind how long precisely—having little or no money in my purse, and nothing particular to interest me on shore, I thought I would sail about a little and see the watery part of the world.

This is how Herman Melville's Moby-Dick opens. What does it mean to "see the watery part of the world"?

As a story about whaling and an obsessive quest for one particular whale, Ishmael certainly sees not just the surface of the water, but also glimpses some of the vastness and power of what lies beneath. He also gets caught up in the hostile movements of the water itself.

One of the most famous real stories of sea voyage – from which works such as Moby-Dick are borrowing – is of the mutiny on the HMS Bounty. The humble purpose (via far from humble means) of the expedition was the acquisition of breadfruit from Tahiti. The story is retold by Lord Byron in The Island, and the prominence of Tahiti remains over a century later in Virginia Woolf's The Waves. In the 21st century, this former colonial hub of fruit trees is now an important location in global communications.

In contrast to some other sites where the installation of undersea cable systems were resisted, resulting in obscured and protected stations, Nicole Starosielski comments in The Undersea Network how Tahiti commemorates its cable with a very public plaque: "The plaque does not describe undersea cables as a new technology but instead highlights the continuity between the light waves that transmit information and the ocean waves that have carried islanders across the Pacific." Even with this commemoration, the focus remains on the connection to, of the one island and other landmasses elsewhere, and the ability to bridge that distance via ship or information.

In a way, this undersea infrastructure is still invisible. Starosielski goes in-depth explaining the network, but what is missing is the sort of narrative which situates this undersea world in the imagination the way the popular history of sea voyage narratives – from The Odyssey to Moby-Dick to many new and upcoming books – brought to life the surface of the water.

While Melville's Ishmael could go out to sea on a whim, he could not go into the sea. Even today, such navigation is a demanding, limited practice.

Melody Jue's recent Wild Blue Media explores ways in which we can understand media and perception through the ocean. One deeply relevant text which is not present in Jue's study is J. R. Carpenter's 2014 web-based work Etheric Ocean.

In Etheric Ocean, the ethereal is no longer the heavens above, but rather the oceans below; or, perhaps a significant interchange between the two expands where we should look for a sense of the ethereal.

Though the work is moving us conceptually downward into the ocean, the page does not present a downward navigation. Such vertical navigation is the comfortable standard of reading. Appropriate for a text which takes us outside of a normal human perspective, the work is structured around very wide horizontal scrolling.

Etheric Ocean explores the difficulty of hearing the ocean, or of hearing islands. At one point, Carpenter quotes Leonardo da Vinci: "If you cause your ship to stop and place the head of a long tube in the water and place the outer extremity to your ear, you will hear ships at a great distance from you." This long-promised possibility (the quote is from 1490) is hopeful, but oversimplifies the complex ways in which sound travels in this space.

As Carpenter's soundscape demonstrates, dropped objects echo, whales call and counter call, and always in the background is assorted ambient noise. Like the telegraphic code, pictured in the work – in which "Suggest(s)" is "VYGID" and "we cannot suggest" is "VYHBA" – the "oceans of static, oceans of noise" described in Carpenter's sources page can be read as a sort of code. Such code translations, complicated by the reflections and refraction created by the physical environment, are suggested to pose similar possibilities as the way the opening line, "this sea is nothing in sight but isles," brings to mind "I'll(s)."

"I'll" means "I will." What is it you will do if and when you crack the code? "Ills" presents concern, but Carpenter's work emphasizes the possibility for optimism. Mid-way through the page, Carpenter presents a short poem alongside a video of a simple flying machine modeled on a jellyfish. Like much text in the work, the lines contain generative elements. Every few seconds, some of the text changes, shifting around like a jellyfish. Further along, you see the audio which has been playing in the background. The ambient noise is not the ocean, but electrical noises, Aliane Radigue's "Arthesis." Through these sorts of more creative experiments, the islands central to the web of connections can perhaps hear and be heard in new ways.

What is the noise which permeates this etheric ocean? At the end of the page, Carpenter writes, "What I am calling noise," a half-line completed by a cycling of text from Richard Hakluyt's Voyages and Discoveries: The Principal Navigations, Voyages, Traffiques and Discoveries of the English Nation. The noise "is made." It "indicates our own bodily opacity." It "ripples through the listener," and so much more. Rather than a telegraphic code where each phrase has a simple 1:1 translation, Carpenter's code poetics holds open the possibility for the multiple oceans, multiple selves, and – crucially, historically and socially – multiple islands to each be heard.

Etheric Ocean does not offer a completed code for oceanic static, but it does place the reader within that sonic space in a way we would otherwise never be. Where earlier generations dared to place an ear against a tube going into the water, this work of blue media (to return to Jue's term) sends us temporarily through the tube. We are invited to float along – past the jellyfish, past the cables – and listen.

Perhaps, like the whale, you may also offer a counter call.

"Digital Nature" – On J. R. Carpenter's This is a Picture of Wind: A Weather Poem for Phones, a 2018 work which is currently updating with new content on Twitter.

"The Self-Similar Coast" – On J. R. Carpenter's The Pleasure of the Coast: A Hydrographic Novel.

As noted at the top, J. R. Carpenter will be speaking on Zoom this Saturday. All are welcome. 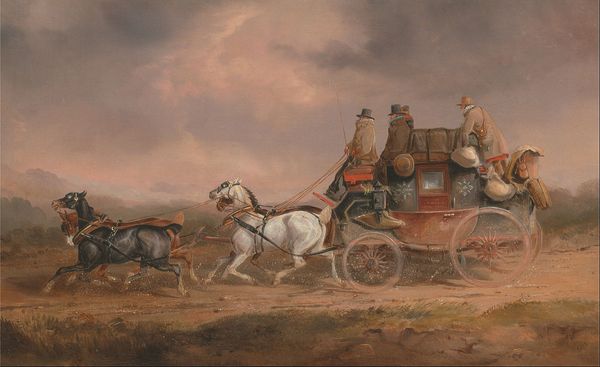